From wikipedia:  “Cybermen are a fictional race of cyborgs who are among the most persistent enemies of the Doctor in the British science fiction television programme, Doctor Who. Within the context of the series, the Cybermen were originally a wholly organic species of humanoids originating on Earth’s twin planet Mondas that began to implant more and more artificial parts into their bodies as a means of self-preservation. This led to the race becoming coldly logical and calculating, with every emotion deleted from their minds.”

After image fully loads, use your mouse for close-up. 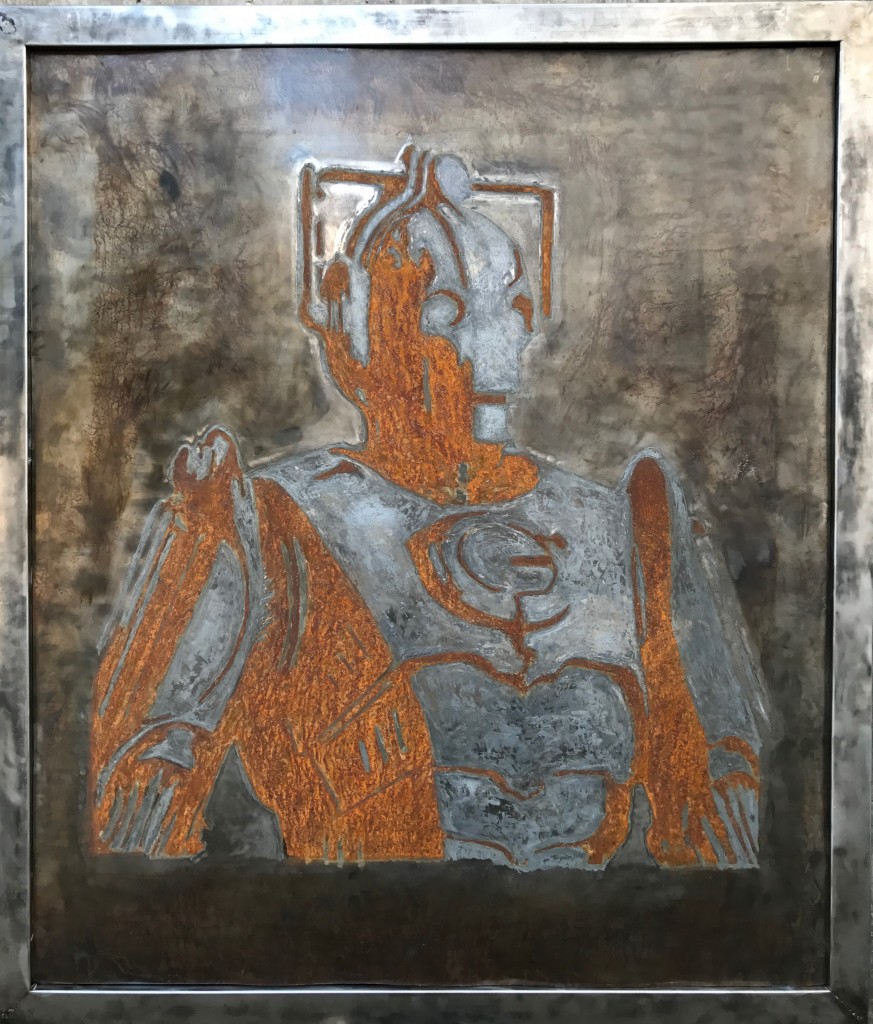